Disagreeing without being Disagreeable

You can call yourself a diplomat when you can disagree with someone without being disagreeable. What does this mean? Movie stars have a way of saying "I don't like you" to your face and getting you to thank them for it. You could blame a cigarette company for your health problems and later on thank them for putting you on TV. You can argue with your wife about who should be cleaning the dishes and later on be the one cleaning toilets. These are all forms of diplomacy and you have to admit, women are especially good at it. 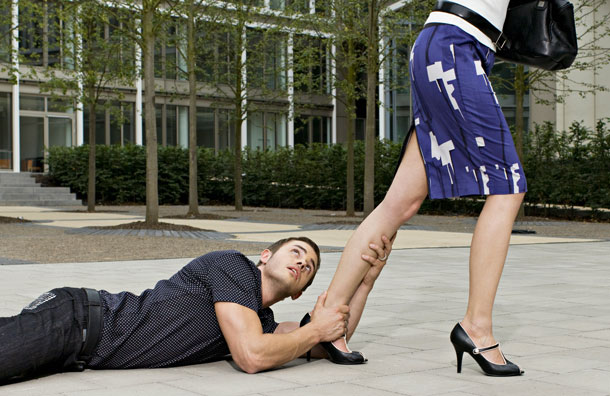 What's the secret to winning an argument? Why is it men never get their way and women always have a say? The answer lies in the basics of diplomacy.

Rule #1: Think before you act. Unlike men, women have the ability to speak and think at the same time. Men on the other hand have a one-track mind that lets them do only one or the other. It's all about observing yourself and gauging the person's reaction. For more information refer to our article Think Before Acting.

Rule #2: Be factual, not emotional. You may argue that women use emotions all the time and they still win the argument. This is because they turn emotions into facts. Also, men's brains are hard-wired into organizing information as facts and not just emotions. The upside is that men naturally use facts as a basis for an argument, whereas women are magicians in terms of turning opinions into facts.

Rule #3: Be decisive in speech and body. There's no room for doubt if you want to win an argument. You have to be sold on the idea that you're right, otherwise get ready to wash the dishes. Body language and tone all need to be in sync. Erase "maybe," "if," "I think," and "I believe," from your vocabulary. You're stating facts, not opinions.

Rule #4: Be assertive not aggressive. The difference is not just the tone but also the usage of words. Instead of saying "no" try "are you sure?" or "do you honestly believe that?" Being assertive isn't the same as being direct. Try asking questions, instead of stating your argument.

Rule #5: Don't let yourself be interrupted. Stand your ground but do it nicely. Ask them to let you finish your sentence first before they start theirs.

And finally, Rule #6 Use the Diplomatic Stance. Stand tall and proud. Keep your body straight and look at the person you're talking to. Don't be stiff but let the person know you mean business. Poise and Credibility are the two key traits to take into consideration when using the diplomatic stance.

There’s never a situation where you should curse or use bad words. Not only are bad words offensive but they lower your sense of character and image. Keep your cool and remember: the main point isn't to win the argument but to make a stand and assert yourself.
Email ThisBlogThis!Share to TwitterShare to FacebookShare to Pinterest