Why Bruce Wayne Does Not Appeal to Me 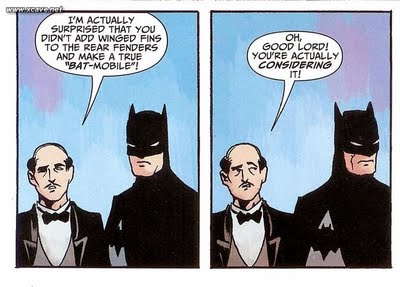 I'm sure everyone's excited about the new Batman movie: The Dark Knight Rises.  I'm also sure it will be a big hit. I can already see the guys lined up to buy the early bird tickets as their girlfriends wonder why they're so obsessed with a man who dresses up like a bat. It must be the high-tech gadgets and tank-like cars which, I assure you, looks nowhere near as stylish as the previous versions of the batmobile.

Batman's secret identity is Bruce Wayne, an American billionaire playboy and philanthropist. And yes, he's another rich playboy just like the man dressed in iron. But despite the reputation of being a mega playboy, I still can't understand how any woman would allow herself to fall for someone like Bruce Wayne. I'm sure most guys would beg to disagree but let me explain why he does not appeal to me:

1.  Despite his supposed genius-level intellect, he dons a bat-themed costume.  I would expect that from Superman who is from another planet. Or even Spiderman who's not really known for being classy.  But from a high-society guy who has access to vast wealth and high-end gadgets? You'd think he'd know better to consult with a stylist or at least a personal shopper. 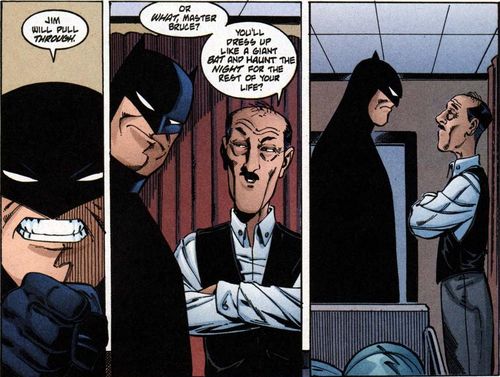 2. Batman pursues criminals to avenge the death of his parents.  Everything that defines his mission as a superhero is motivated by revenge disguised in the ideals of justice. Is his agenda even that great to begin with? There are people in the world with bigger problems. Not all orphans have the privilege of inheriting a multi-billionare company along with a loyal butler who's ready to serve their every need. 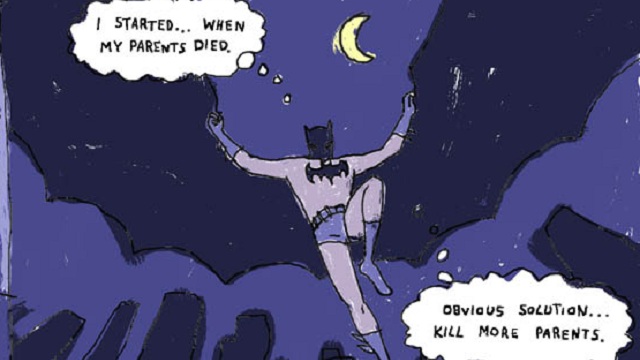 3. He has no sense of humor. And take note, guys, humor is one of the best appeals a man can ever have. In fact, I have reason to believe Bruce Wayne may envy the Joker, mainly because they're both mentally unstable but at least the Joker's enjoying it. 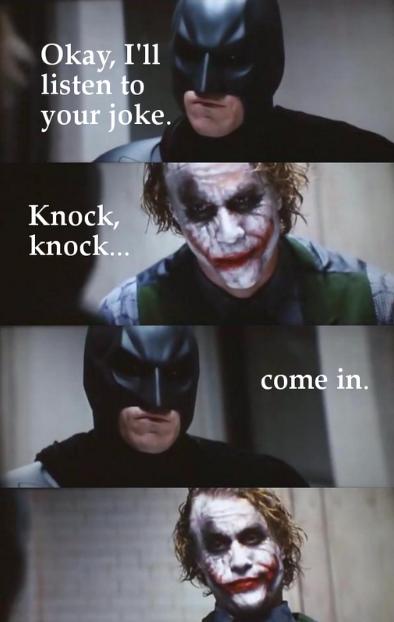 4. He's too negative. He mopes around everyday thinking about the death of his parents, believes he's a constant danger to the people around him, and shuts himself from anyone who tries to get close to him (sorry, Robin, he's just not that into you.) It seems to me he has self-esteem issues. Guys, please, a man without confidence has no sex appeal at all. 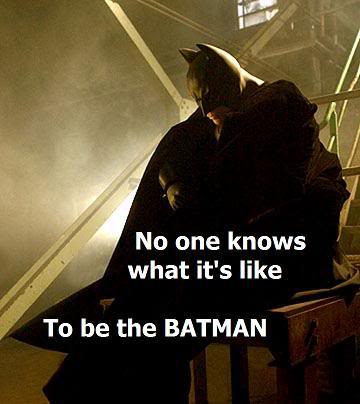 5. He's a playboy. I don't understand where guys got this idea that the more girls you have the more appealing you are to women. Being a playboy only shows how insecure you are of yourself. Does it feel good to lie and cheat on girls? Are you trying to compensate for your insecurities by feeding off the attention you get from them? Not only does being a playboy mean you objectify women, it also means you emotionally hurt a lot of women in the past and present. It's nothing to be proud of. 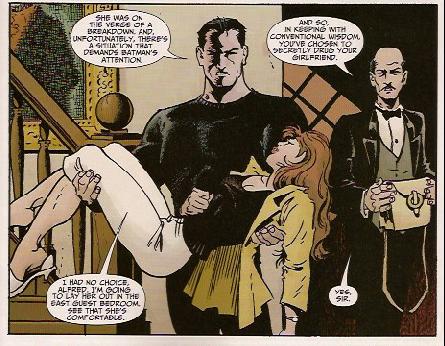 I understand that Batman is one of the best superheroes in the DC world, but let's not get carried away and start idolizing men that dress up as bats or aim for being a billionaire playboy just to build a gas-guzzling car (which is definitely uneco-friendly, another reason to add to the list.) Instead enjoy the cinematography and exceptional work. I personally admire the acting and drama, just not the exaggerated bedroom voice.

So those are some of the reasons why Bruce Wayne does not appeal to me.  He would probably make a lousy boyfriend. There has to be a good reason all his female relationships are short-lived.

by:TalkShop
Email ThisBlogThis!Share to TwitterShare to FacebookShare to Pinterest